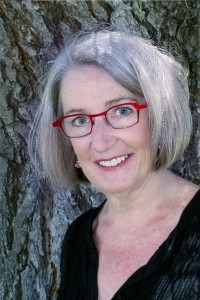 Love of extraordinary things and lure of the unfamiliar beckoned from an early age. Born mid-twentieth century in Wichita, Kansas, winds swirled me to far-away places. My first venture away from home was UC Berkeley in 1968-69. Think revolution.

My serpentine journey includes 26 years as successful restaurateur in Colorado and Kansas with accolades for Business in the Arts Award and “Diners Set the Course for American Cuisine” in USA Today.

Throughout the years, I’ve journeyed to five continents, witness and participant to many ceremonies. A sky burial in Tibet, Buddhist fire ceremonies in Bhutan, healing sessions in Bali with a yogi whose God was the leach, Black Madonna sites in France, carnival in Venice, the Holy Week Procession in Sicily, the labyrinth at Chartres.

Along the way I shopped for the sacred, collecting objects of beauty, artifacts, and ceremonial textiles to re-color my life.

We yearn for an experience of the sacred in our day-to-day lives. And, yet it’s all around. The environment, the colors and art on our walls, the array of objects displayed. A pair of cloisonné lovebirds brought back from Singapore by my father for my mother in 1980. My grandmother’s quilt across the bed.

By following the threads of our favorite objects and listening to their stories, deeper meanings and connections are revealed.

Let me invite you into one of my stories.

My eye was immediately drawn to a small golden statue perched high atop a shelf at a rest stop while on pilgrimage in an area traversed by the Buddha in Northern India. The pose sensuous, one hand on the ground, the other draped across the knee. Graceful. Golden jewels hung round the neck, a lotus blossom on the shoulder, a crown of gold. Dazzled by his presence, his allure larger than his height of four inches, I knew I must buy him—even though I had no clue as to his importance or even his name. Later that day, I humbly and proudly showed him to Robert Thurman, our trip leader and acclaimed professor of Indo-Tibetan Buddhist studies. He told me this was Indra, King of the Gods in the Hindu pantheon and explained, “Everything is interwoven—the Jewel Net of Indra they call it—the interpenetration of all things.”

My gilded statue of Indra resides on a Balinese wedding chest, nestled between many Buddhas, large and small. As synchronicity would have it, many years later I discovered Indra’s importance to my dissertation topic: Healing Presence in Balinese Textiles. Indra is thought to be the divine designer of geringsing, one of the most important and spectacular textiles in Bali and the first Balinese textile I purchased. Indra’s myth is one of healing.

Long ago, Indra sat on a medicinal shrub with heart-shaped flowers. He gazed heavenward, enchanted by twinkling stars. These sparks of light turned into patterns and images fated to become the sacred clothing of the first Balinese. The King of the Gods then taught the girls and women of Tengenan, Bali the complicated art of weaving geringsing.

By immersing ourselves in the mythic threads of textiles and sacred objects from around the world, we come to the realization that as archetypal psychologist James Hillman says, “All things are full of Gods.”

2009 – current Board of Directors – Institute for Cultural Change, Carpinteria, CA

2007 – 2009 Board of Directors – Foundation for Mythological Studies, Carpinteria, CA